I am delighted to confirm that in line with the easing of lockdown Step 1, Breighton Airfield will reopen for GA activity and to all members on Monday 29th March.

Throughout the pandemic the Airfield has maintained a strict interpretation of Government guidance, thereby adopting a cautious risk adverse position. I know the majority of members have commending this stance and I wish to confirm it will continue. The Airfield and the Club want all members to feel confident they can return and be safe. I therefore ask you to help in this goal by being conscientious, remember social distancing and to adhere to Government guidance.

The two links below detail the guidance and I ask anyone planning on attending the airfield to read and adopt these.

There are some key safety points to keep in mind. In summary the Government and CAA guidance states:

Flying aside, whilst we transition to the new Club House we will be adopting a ‘temporary field kitchen facility’. This will be a marquee, in the vicinity of the old Crew Room with the picknick tables available for seating. We are endeavouring to bring the catering online swiftly and I will email you again to confirm when this will be.

Toilets will be the block situated by York Flying School.

There is going to be a degree of disruption to the Club and Airfield operations whilst the new Club House is built and brought into service. This is a negligible price to pay for the end result, which will position the Club and the Airfield for decades to come and facilitates a great and exciting future.

Thank you for your patience and understanding.

Be safe in the air and on the ground.

Subject to the usual caveats we plan to stage the following events in 2021. Please note that the wing walking is operated from Breighton by Wingwalk Buzz, any enquiries and bookings should be directed to the Wingwalk Buzz website and NOT through the Real Aeroplane Company or Club.

24 & 25 September - Mclean Aerobatic Trophy. Organised and run by the BAA.

We reserve the right to alter or add to this list of events. Be sure to check our Facebook page for up-to-the-minute information.

Visiting aircraft are welcome to fly in 365 days a year.

Kate Howe and Cliff Whitwell are planning to raise funds for the YAA by walking the Yorkshire Three Peaks. The route is 24 miles with 1500m of ascent and the challenge is to complete the whole walk in under 12 hours. They hope to embark on the walk in early May, or as soon as covid restrictions allow.

The pair are doing taking on the challenge in memory of Kate's niece, Jessica Howe, who was involved in a road accident in December 2018 on her way home from a Christmas Party. The Air Ambulance attended and she was airlifted to hospital but later sadly died of her injuries. She was only 22.

Their Just Giving page can be found HERE

We recently received the following letter and decided to pass it on to the membership, a glimmer of light given the current doom and gloom shrouding the nation:

To Whom it May Concern,

I live in Hemingbrough, and back in around 2013 I completed some voluntary work in the hangars at Breighton airfield for a couple of weeks as part of the 'work experience' curriculum in high school. I know it must have caused a few headaches regarding paperwork and finding things for me to do, but everyone in the engineering team was extremely helpful and provided me with some great experience. I'm not sure if the same staff still work in the hangars, but I wanted to express my gratitude for inspiring me to follow a career in aeronautics. I've always loved aviation (being involved in cadets and some limited flying experience when opportunities arose), but it was this experience in particular that really pushed me down this path. I believe the chief engineer was Ian Ross, but unfortunately I cannot remember any other names. If this could be passed on to the relevant staff I would really appreciate it!

I'm now finishing my master's degree in aerospace this summer and have accepted a position at Leonardo helicopters. It was this that led me to reflect on where my interest in aviation originally peaked and to thank those who have helped/inspired me in getting to this point without possibly knowing it. So, just a massive thank you to everyone involved.

P.S. I used to love coming down to the aerodrome in the 2000s with my dad and hope to pickup a museum membership in the summer to come and visit again.

Gate Guardian, our Club newsletter, has returned following a lengthy hiatus, largely due to the lack of airfield activity during the Worldwide pandemic. The latest edition is crammed full of Club matters, aircraft news, Breighton nostalgia and aviation history - it is available to read or download HERE.

Flying returned to Breighton on April 3rd after what seems like a VERY LONG absence. Tom Wray was there, with camera, to record the action... 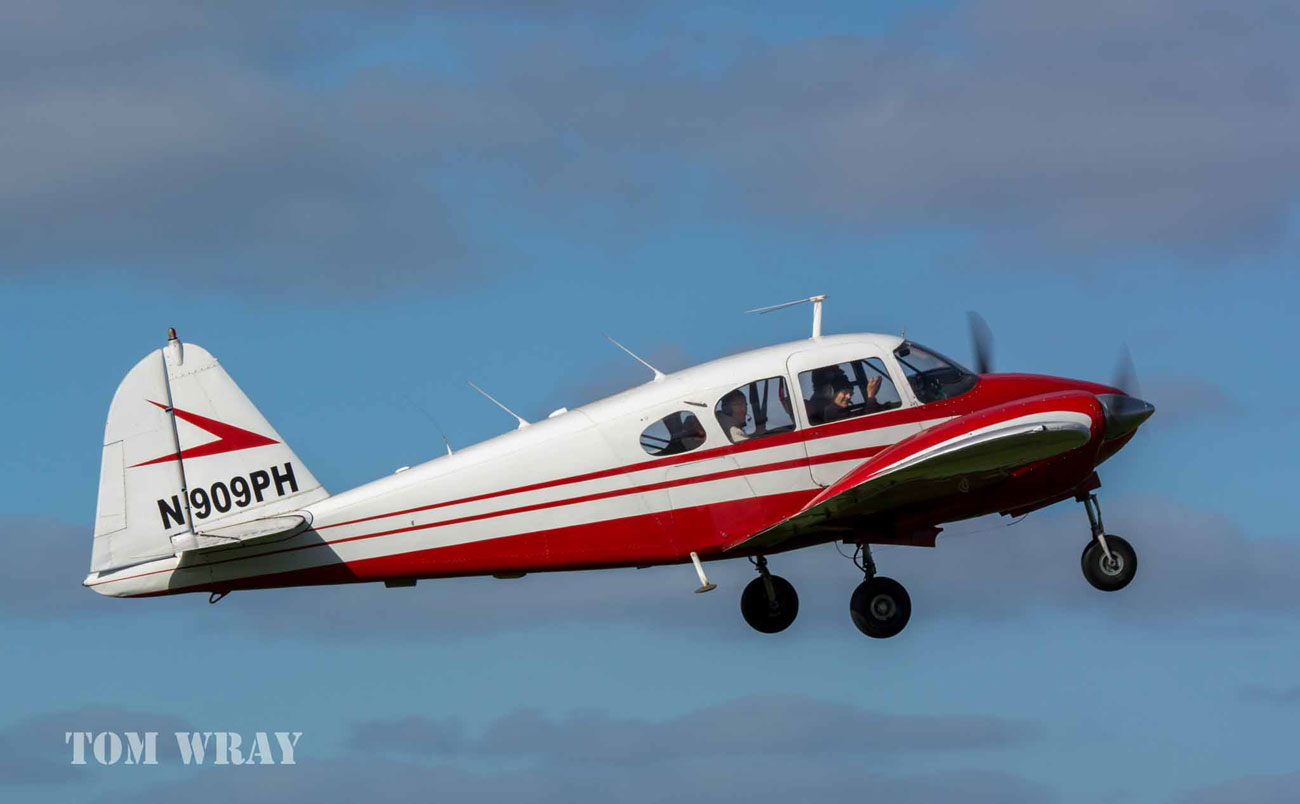 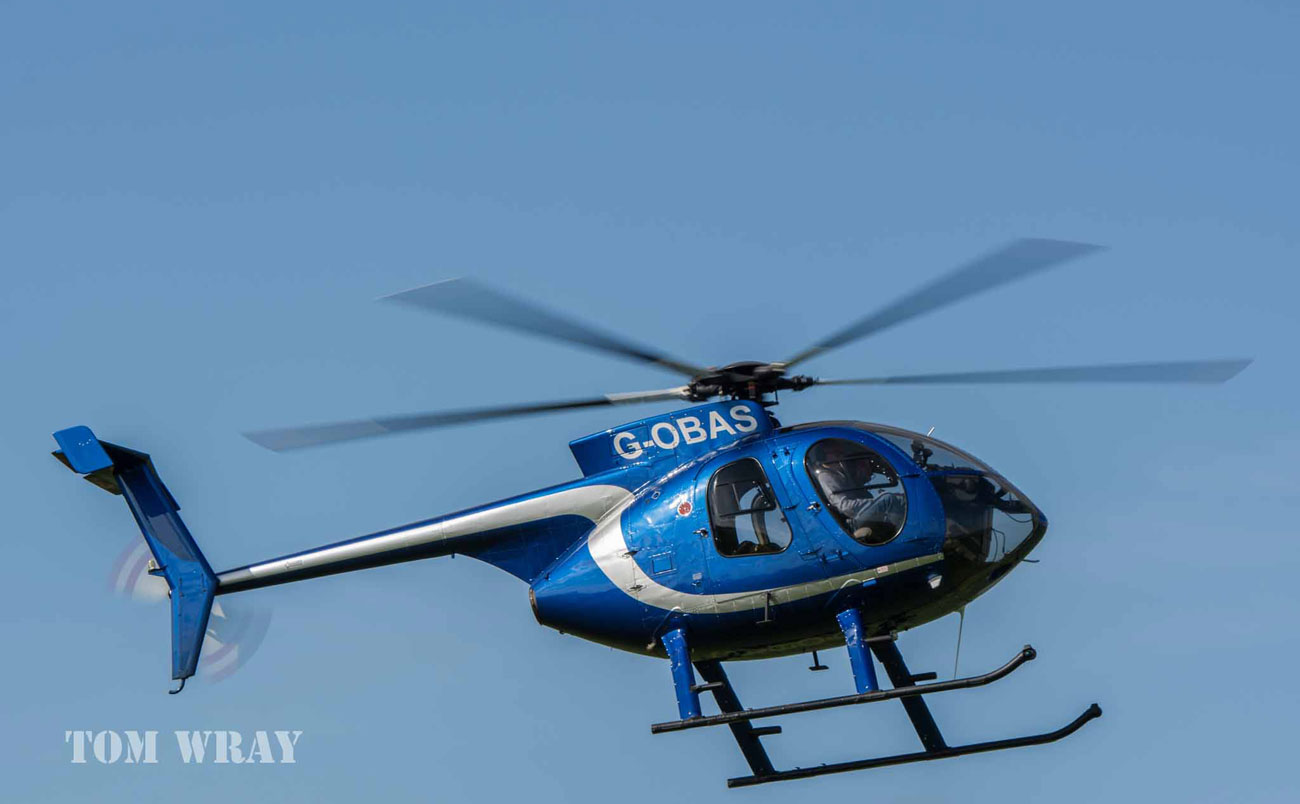 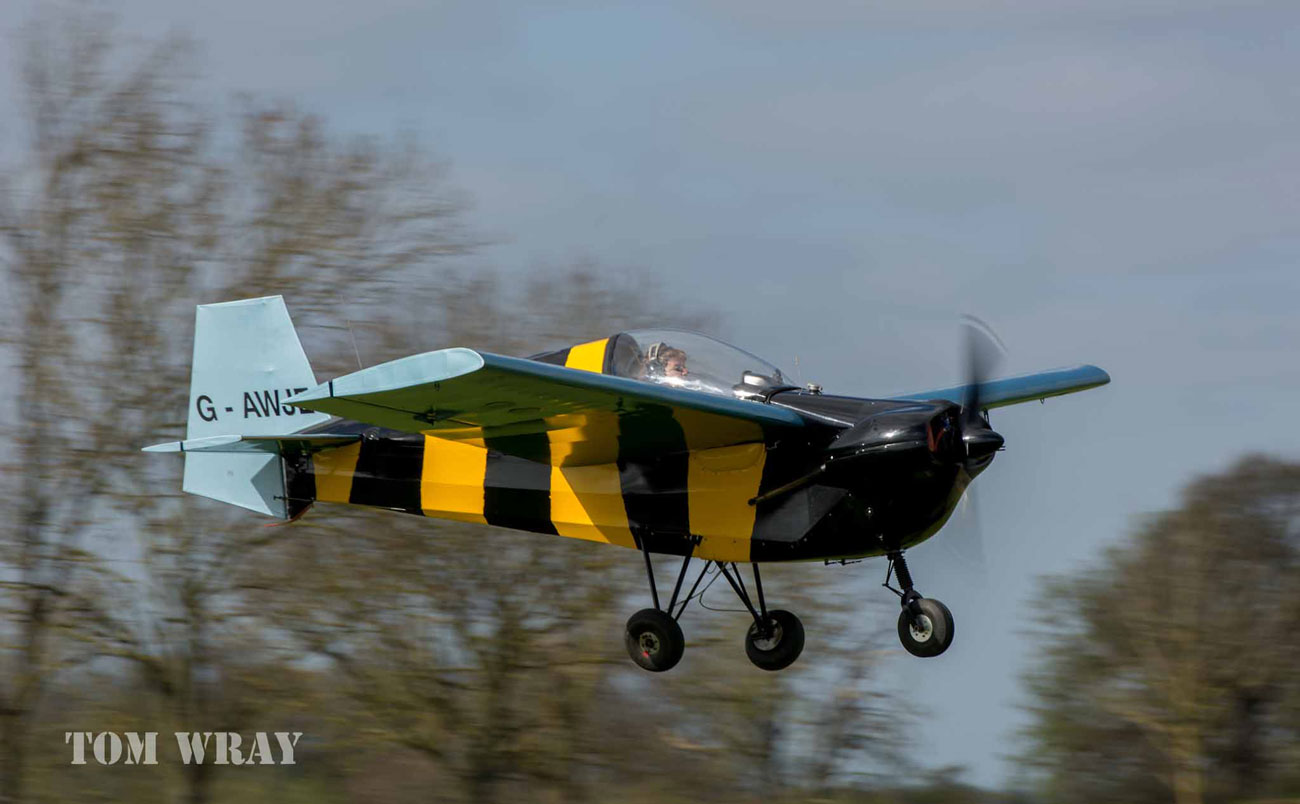 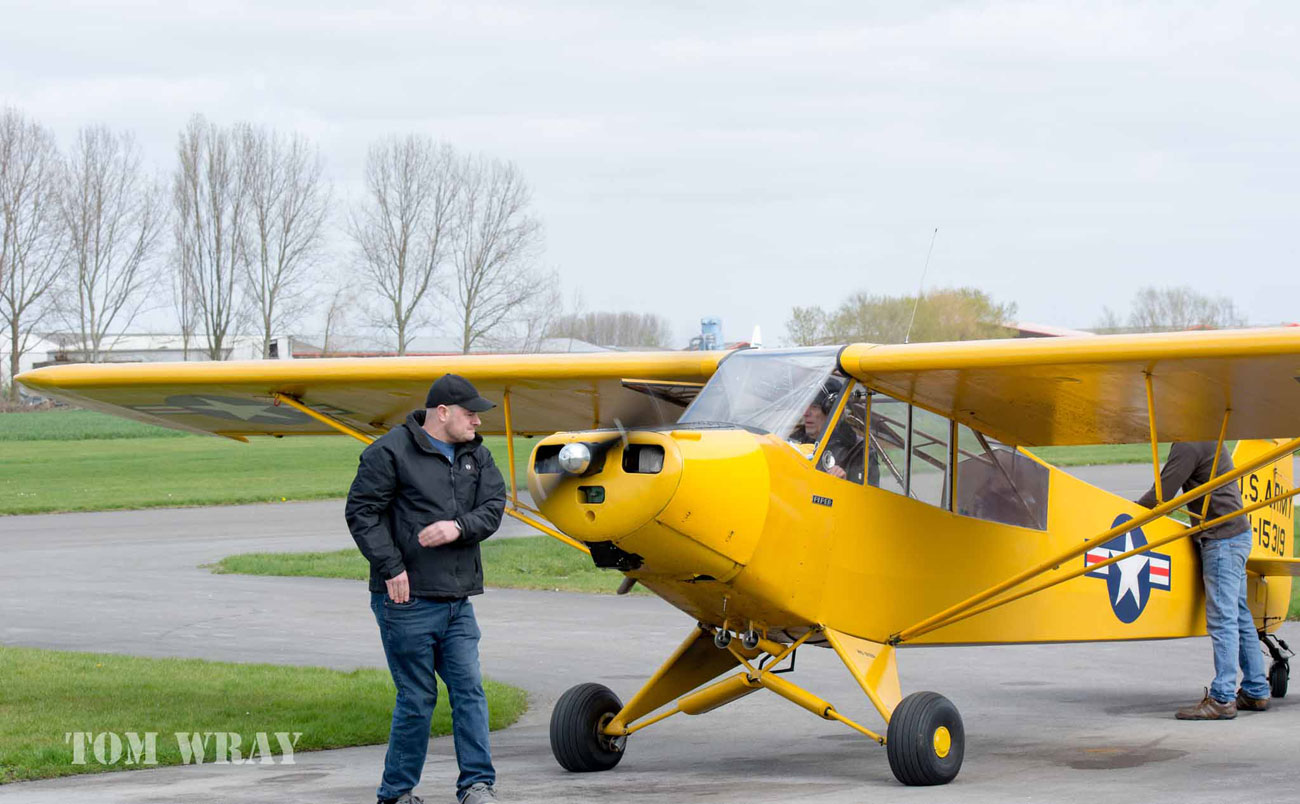 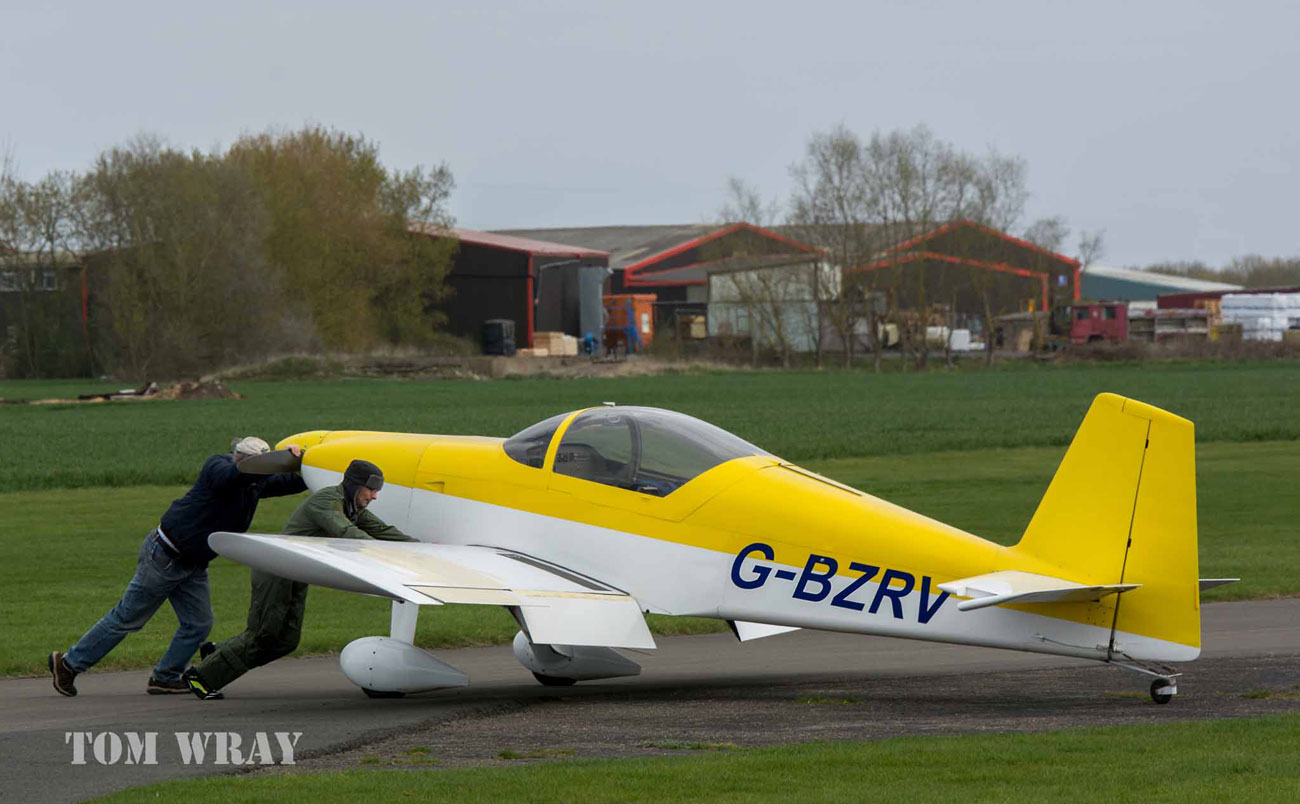 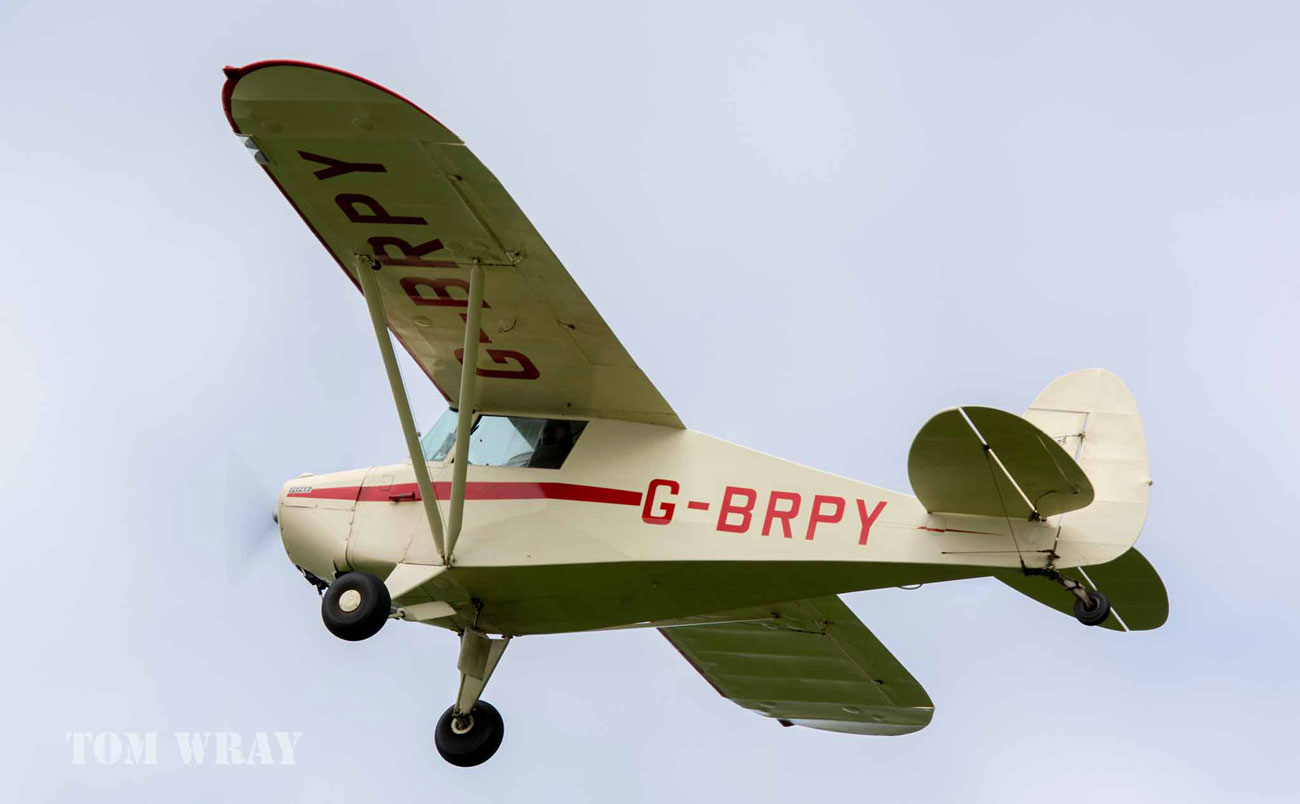 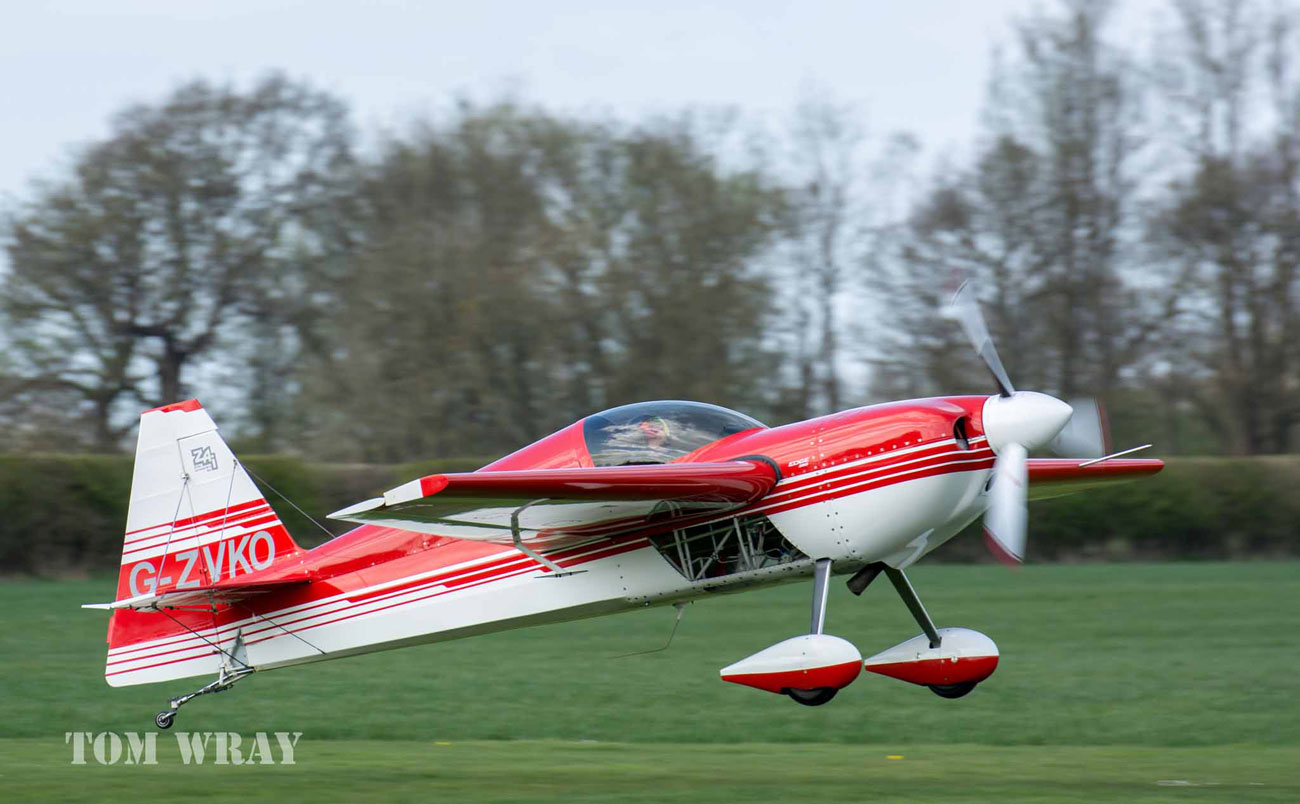 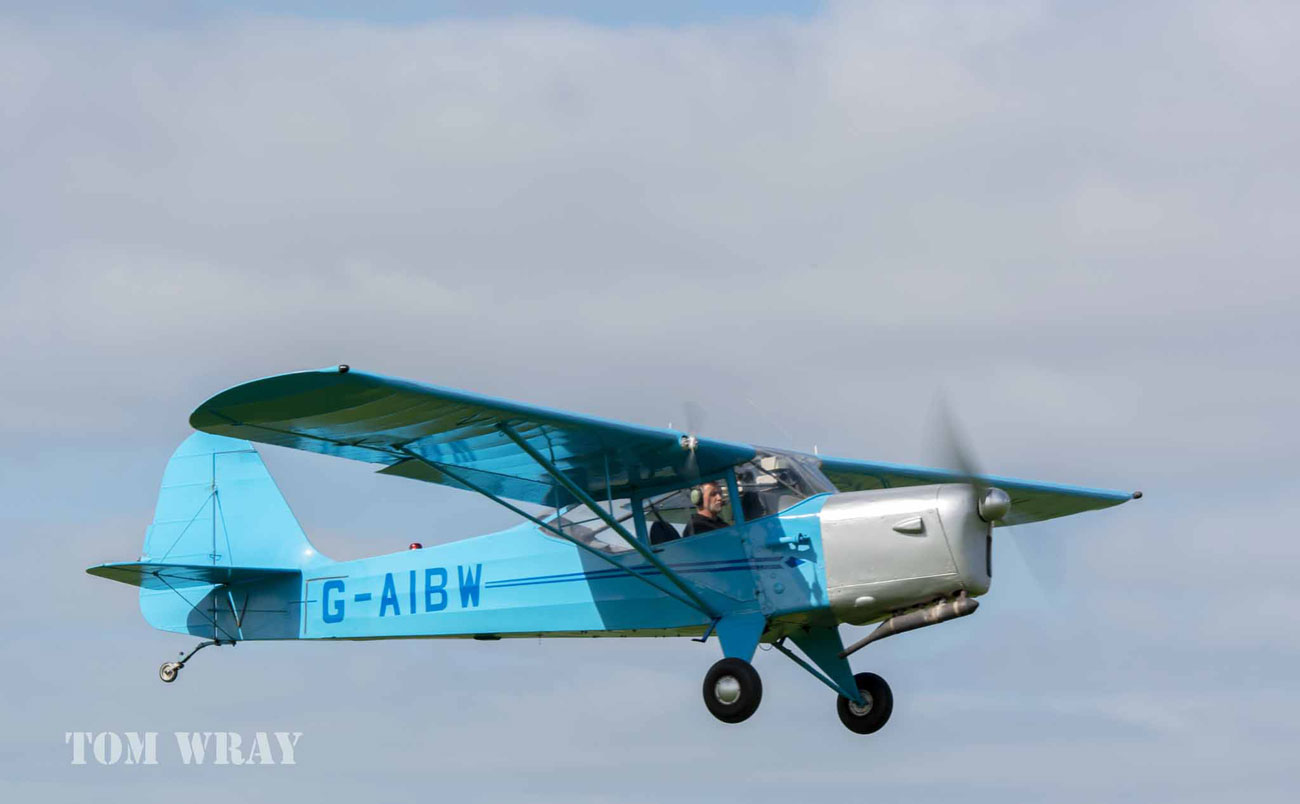 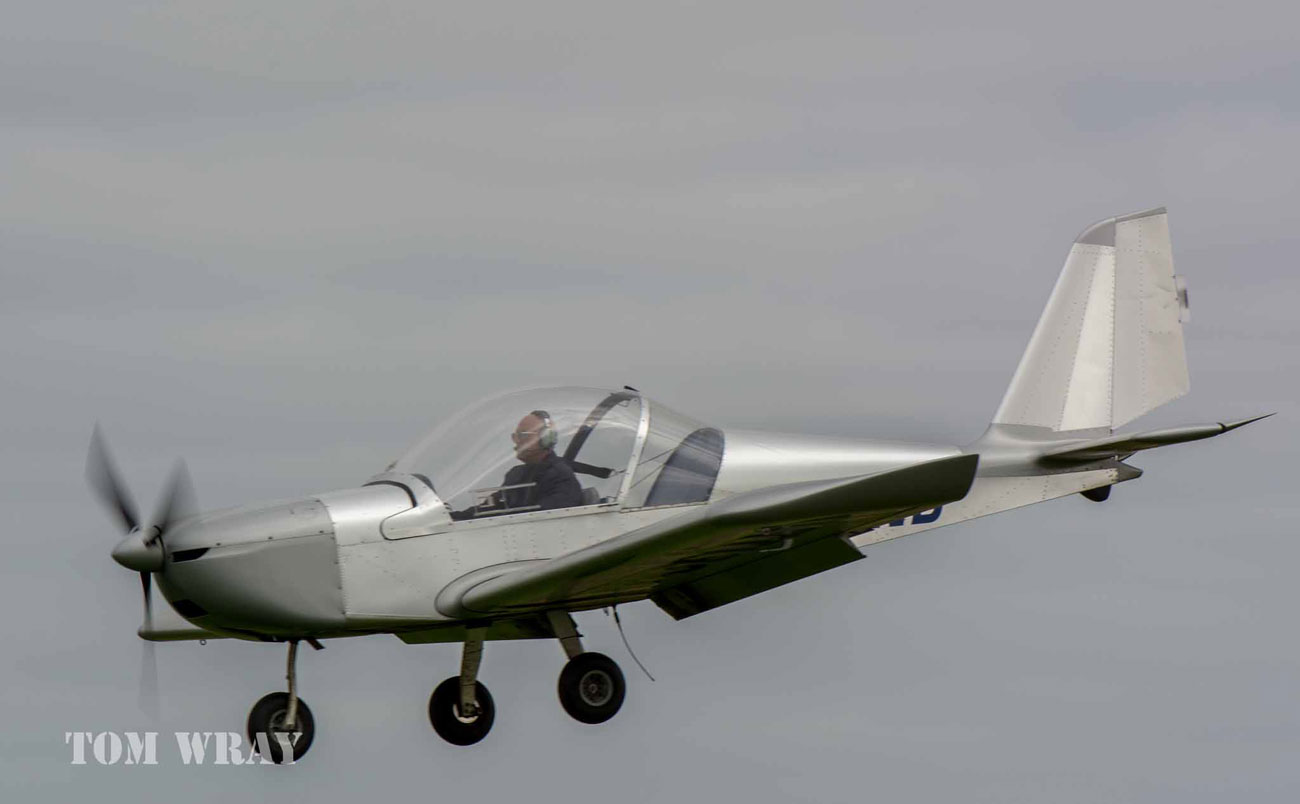 Wing walking returned to the sky above Breighton during the weekend of 10-11 October. It was a mixed-bag weather wise but the, occasionally, Baltic northerly did nothing to deter the assembled thrill-seekers, as Tom Wray's pictures show... 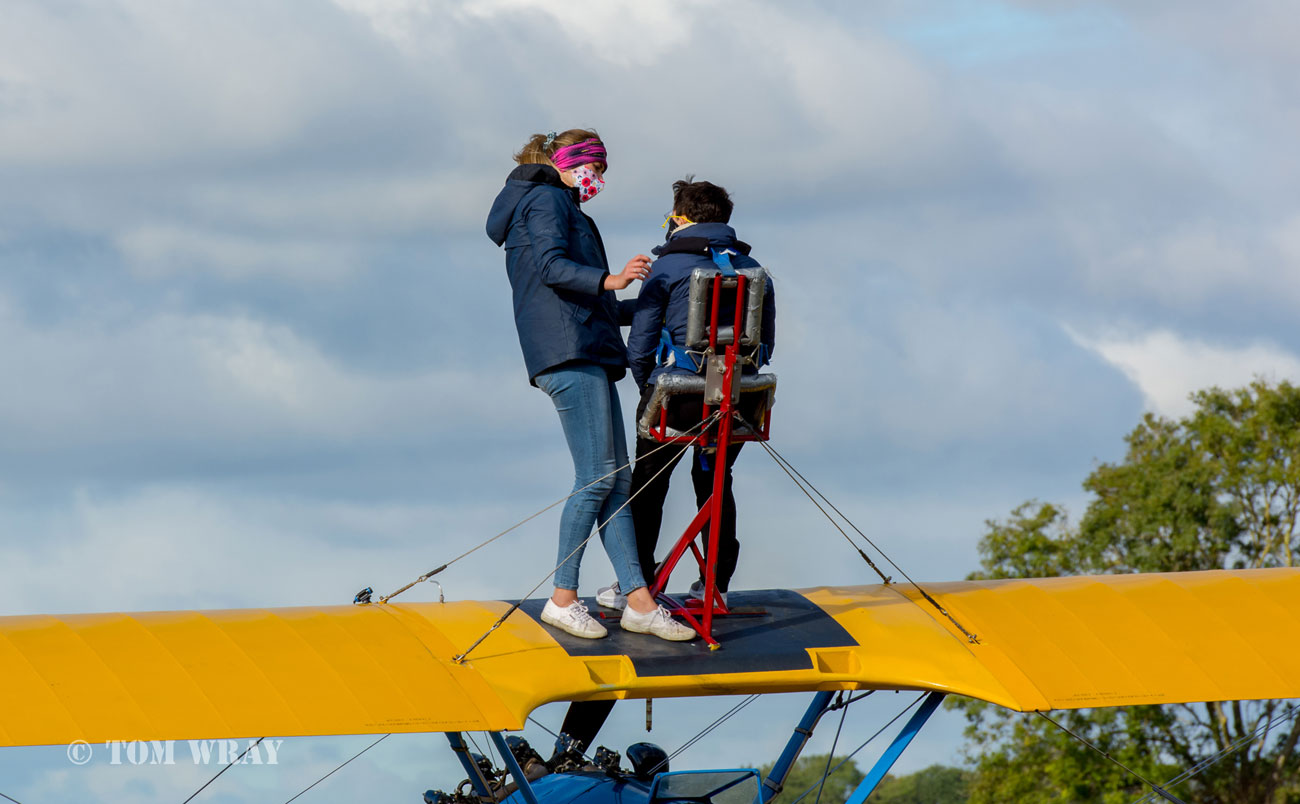 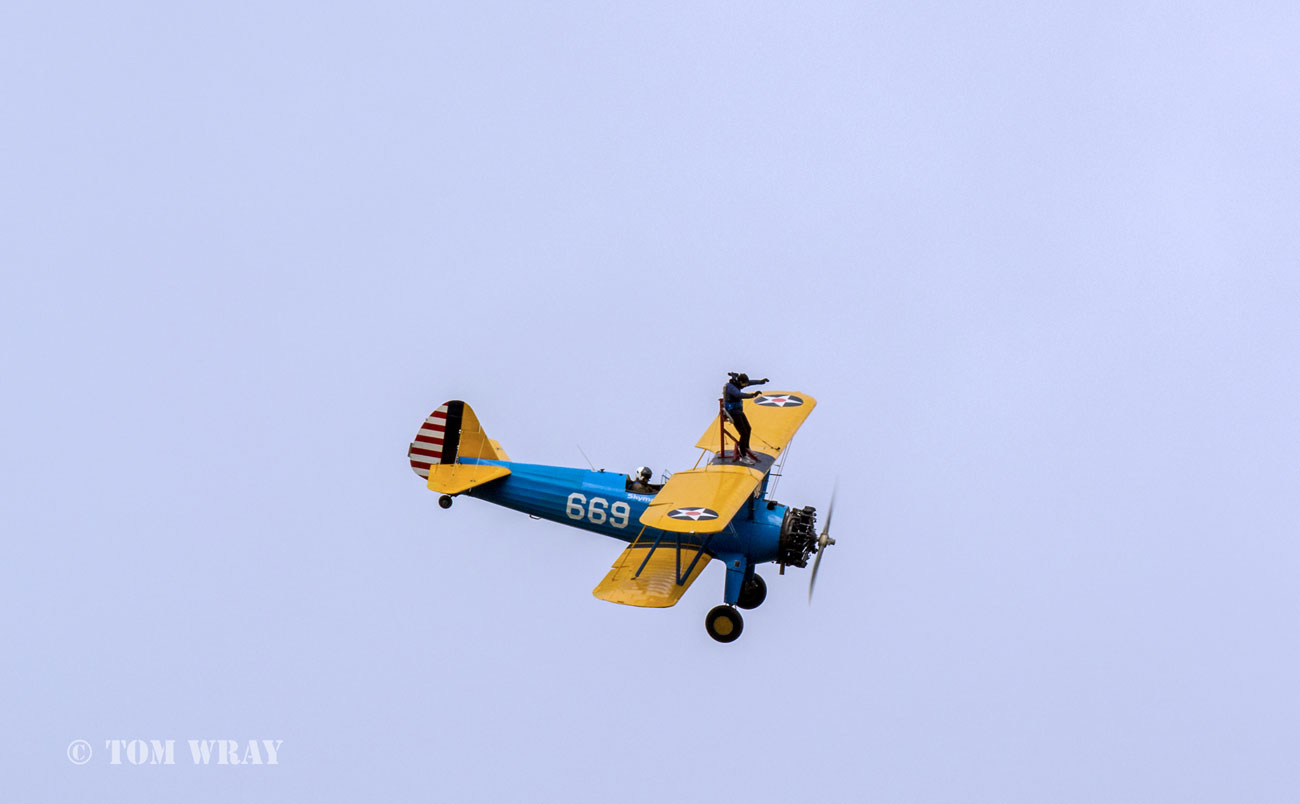 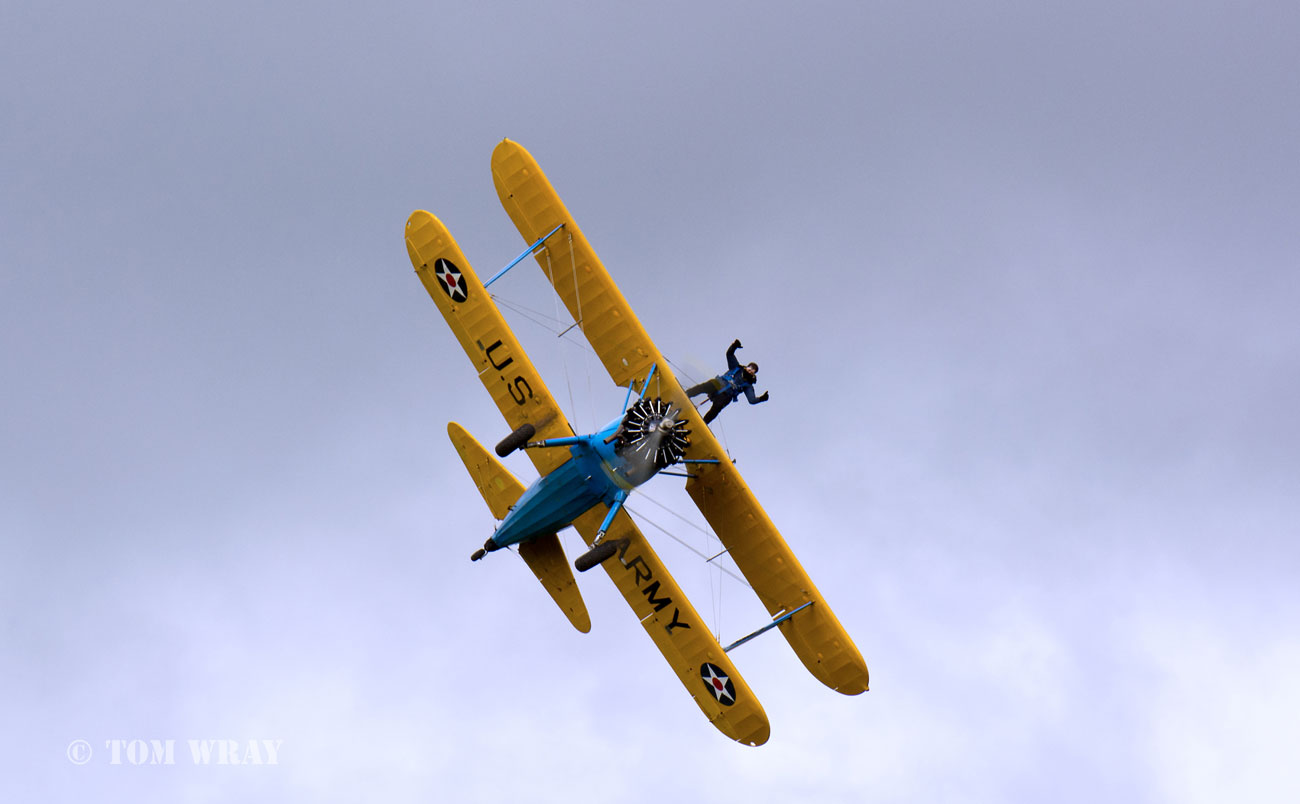 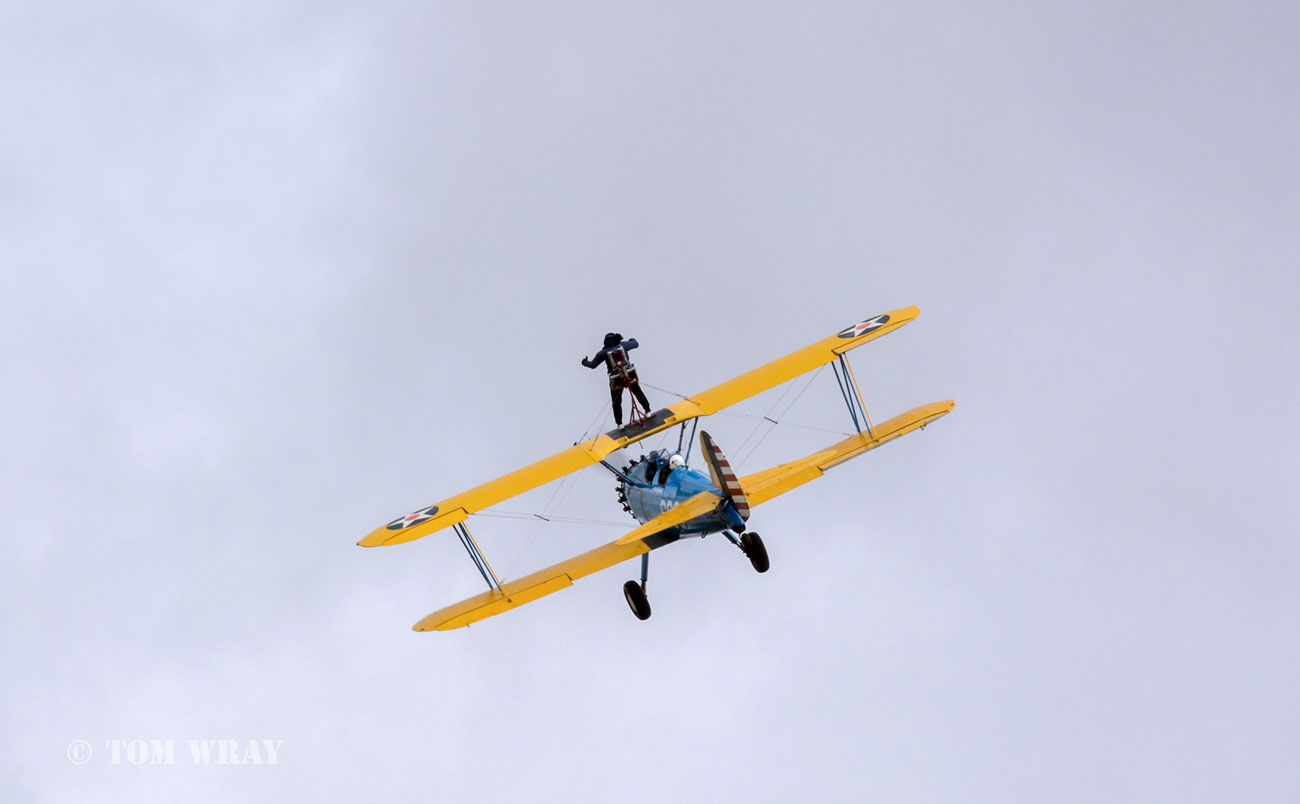 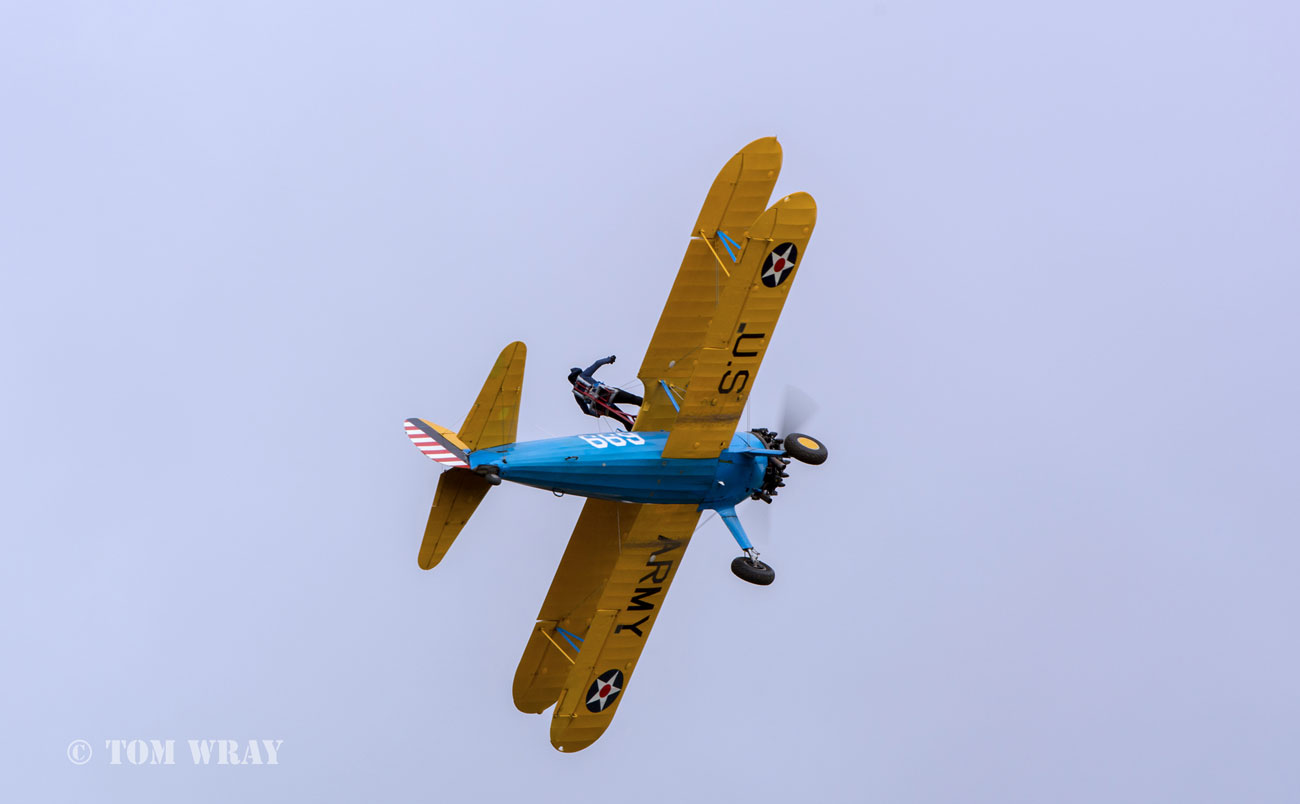 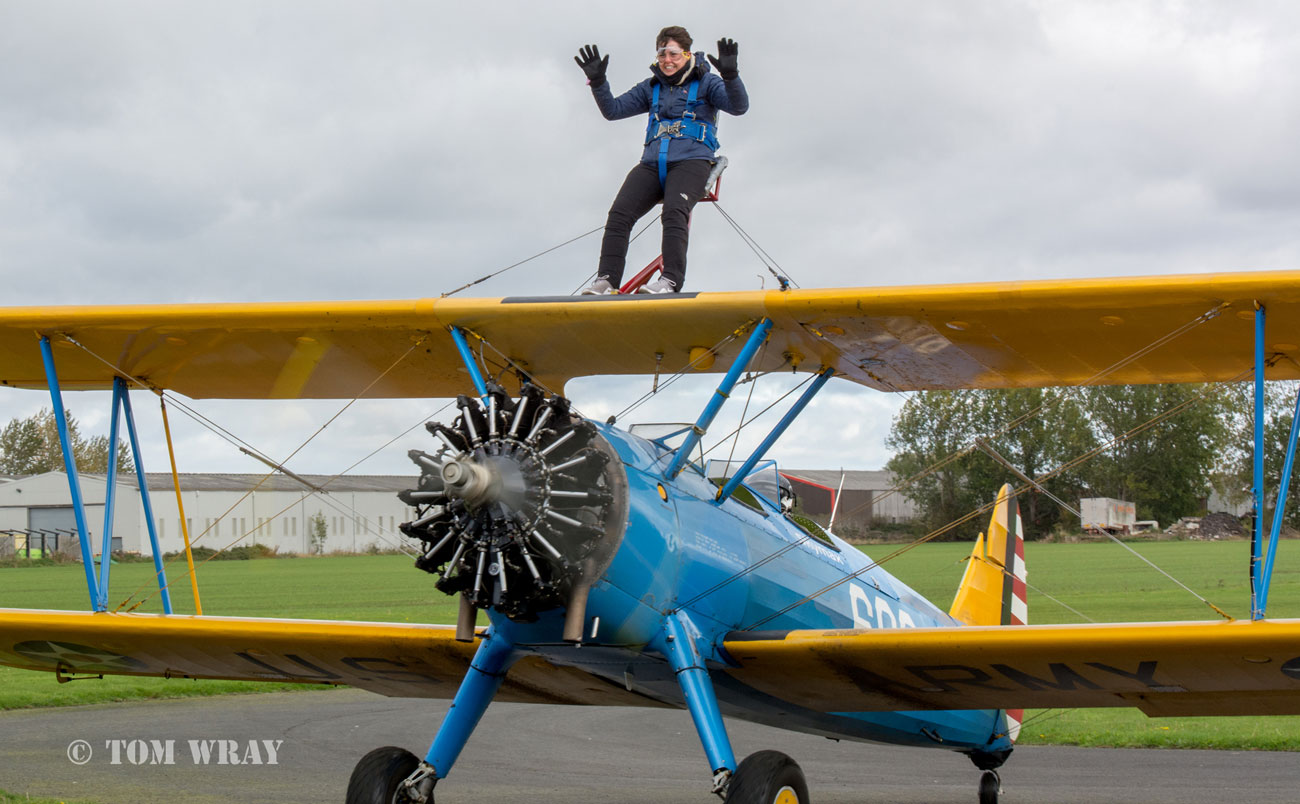 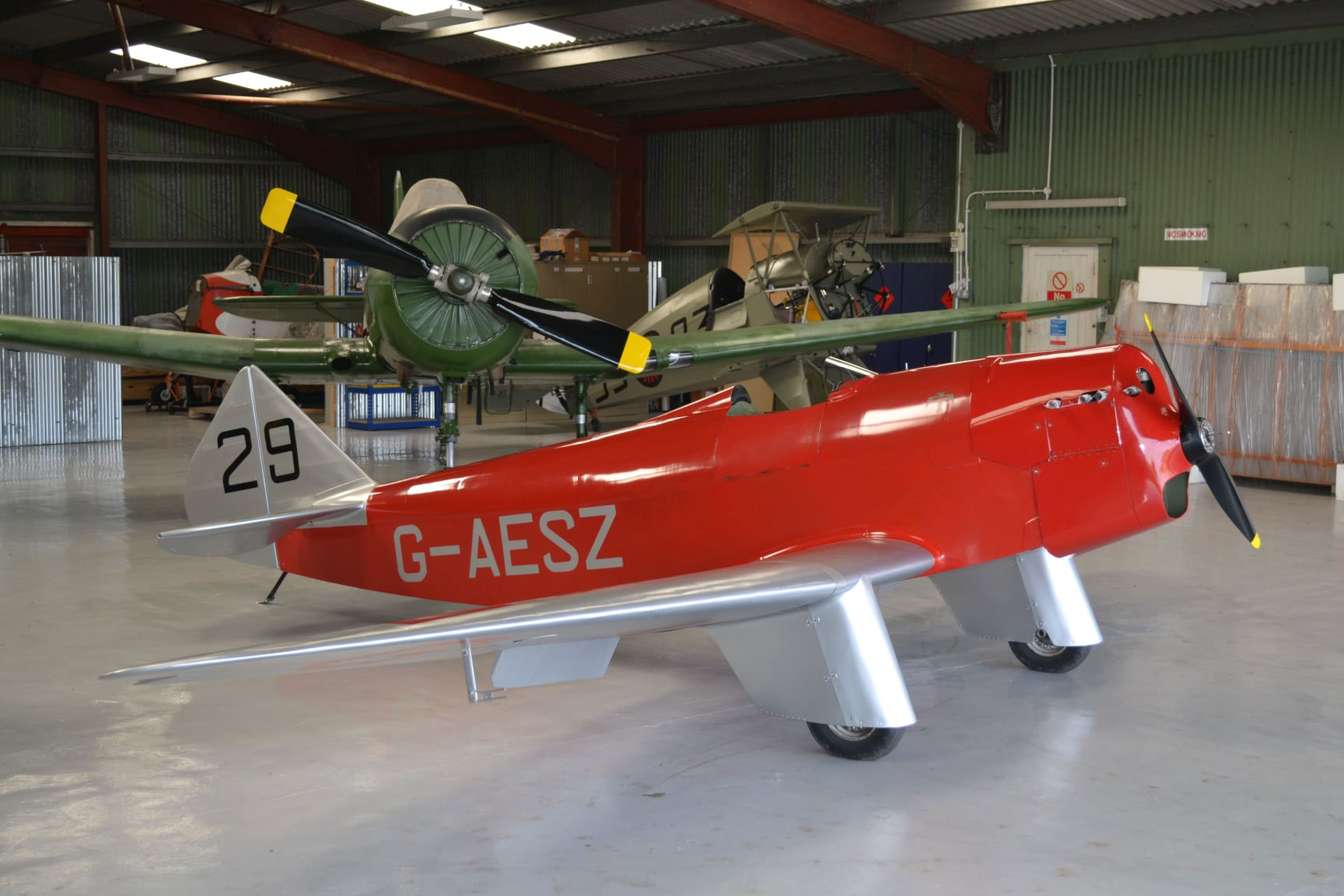 Chilton G-ASFV's stablemate arrived at Breighton on September 17th. Chilton DW-1 G-AESZ is no stranger to Breighton airfield, having participated in a number of events over the years, including a memorable appearance at our Centenary of Flight show during which she, briefly, flew alongside Mew Gull G-AEXF. First registered in 1937 and test flown by Ranald Porteous from Witney Aerodrome in April of that year. Visibly quite different to 'SV on account of the nose profile being built to fit the Carden Ford engine (basically a modified car engine) as opposed to the Train inline engine fitted to the younger of the two aircraft. The aircraft was entered into a number of races with reasonable success but, on 24th May 1953, having recently been modified for the Kings Cup, it suffered a landing accident which, to all intents and purposes, should have ended its flying career. June 1984, enter Roy Nerou. Roy took on the task of restoring 'SZ to fly and, in September 2001 she embarked on her first post restoration flight from Rendcomb with Roger Bailey at the controls. There were no problems whatsoever, the Chilton flew beautifully, the first time a Carden engined Chilton had flown in almost fifty years and confirming the heavy Carden Ford engine of only 30hp is quite capable of giving a creditable performance in the lightly built airframe. (Photo by Andy Wood)

New Spitfire takes to the sky at Breighton

Somewhat appropriately the Breighton based new-build Spitfire Mk.26 made its first flight on the September the 15th, 80th anniversary of the Battle of Britain, following an epic 14 year build! Andy Wood was on-hand at the airfield to capture the action. 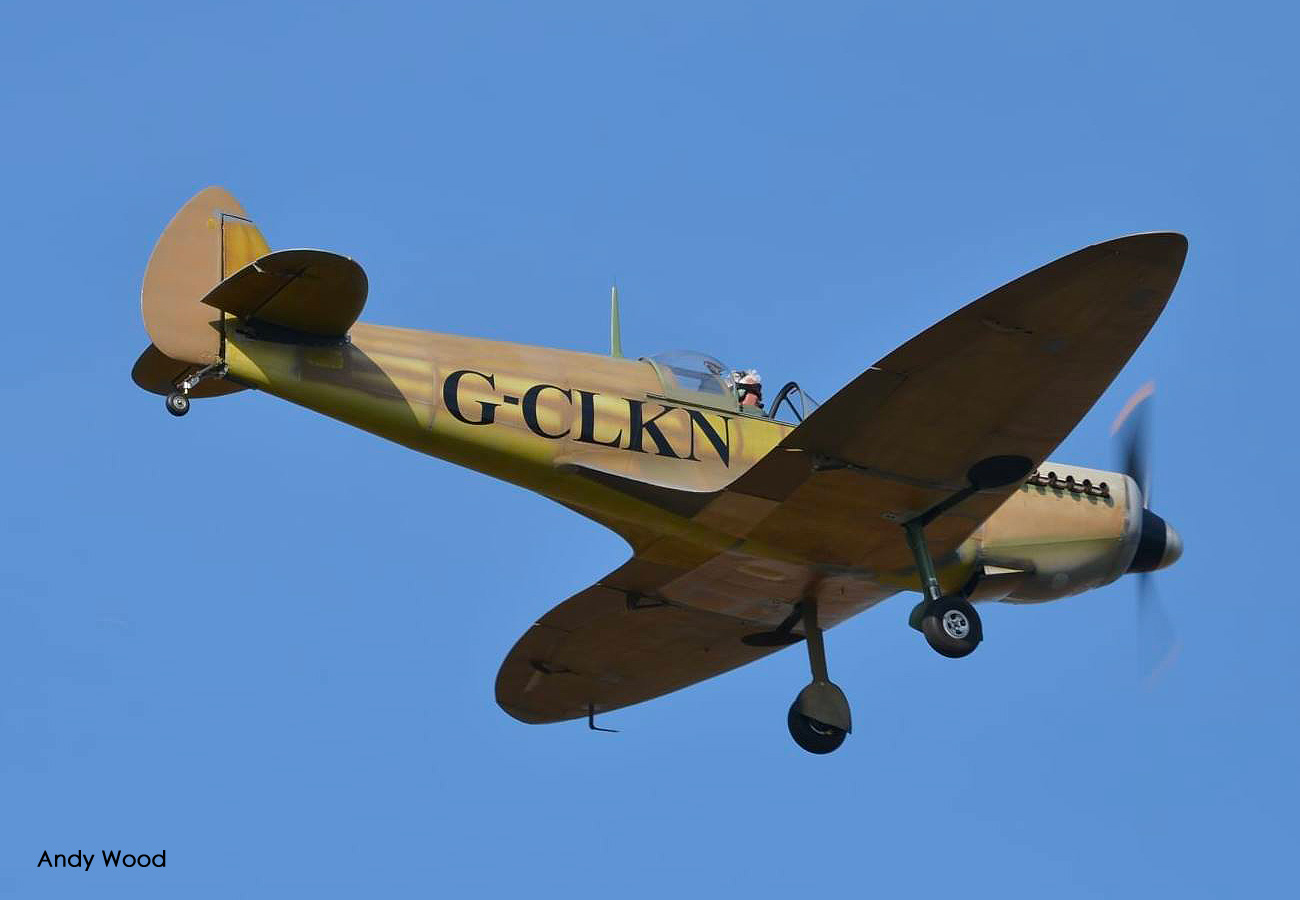 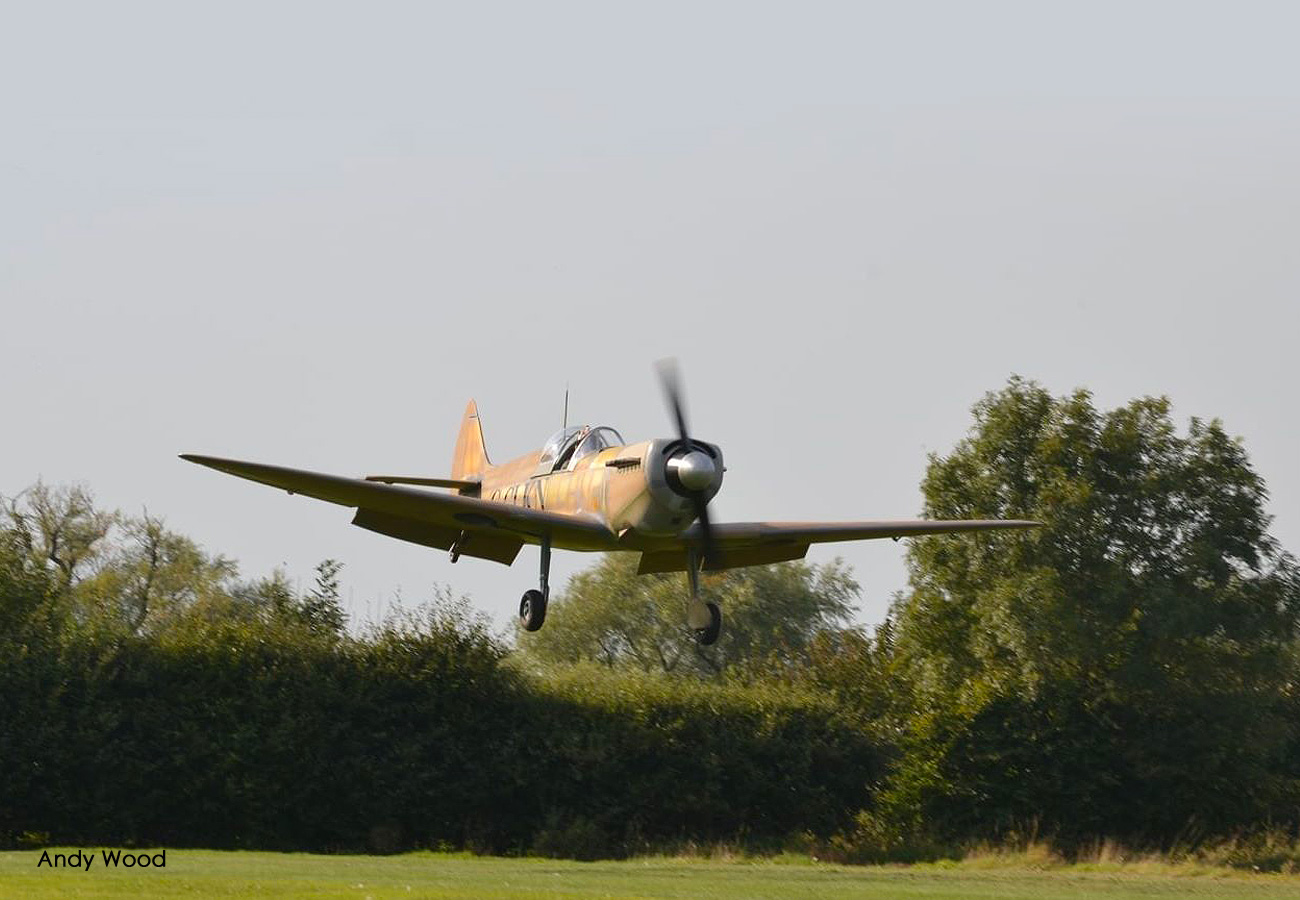 The latest aircraft to join the growing Real Aeroplane Company Collection arrived at Breighton by road in Thursday 3rd of September. The Chilton DW 1A is a light sports aircraft circa 1939, reputedly the only aircraft to come out of De Havilland Aircraft not to bear the company name. Designed and built by 2 students, the Hon. Andrew William Henry Dalrymple, son of Sir John Dalrymple 12th Earl of Stair and Alexander Reginald Ward, son of Sir Hon. John Ward - their surnames being the D and W in the aircraft name. Dalrymple flew 'SV in the Folkestone Aero Trophy Race at Lympne on 5 August 1939, coming home first place with an average speed of 126 mph. After the war it also broke the 100 km international closed circuit record at 124.5 mph at Lympne airfield on 31 August 1947, flown on that occasion by Ranald Porteus. This particular example, restored by Roy Nerou, is powered by an ultra rare Train 4 cylinder inline motor. 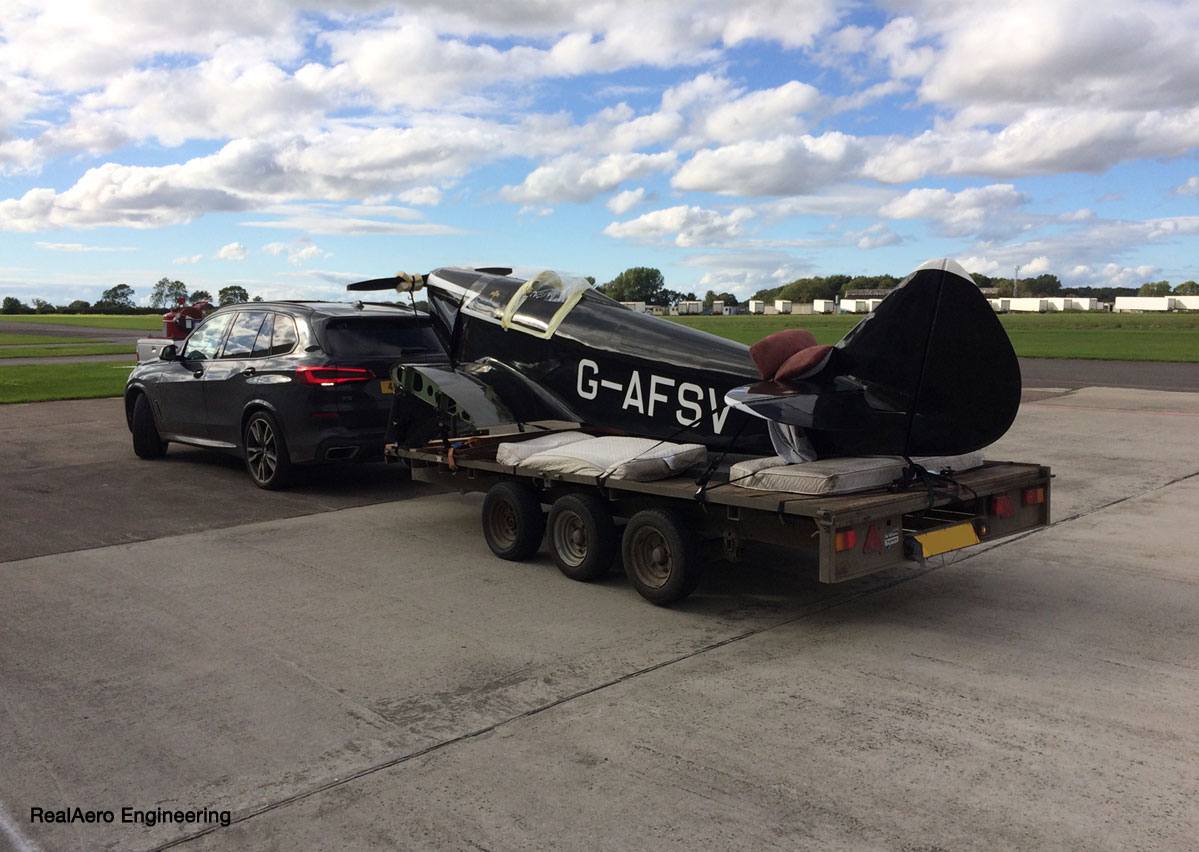 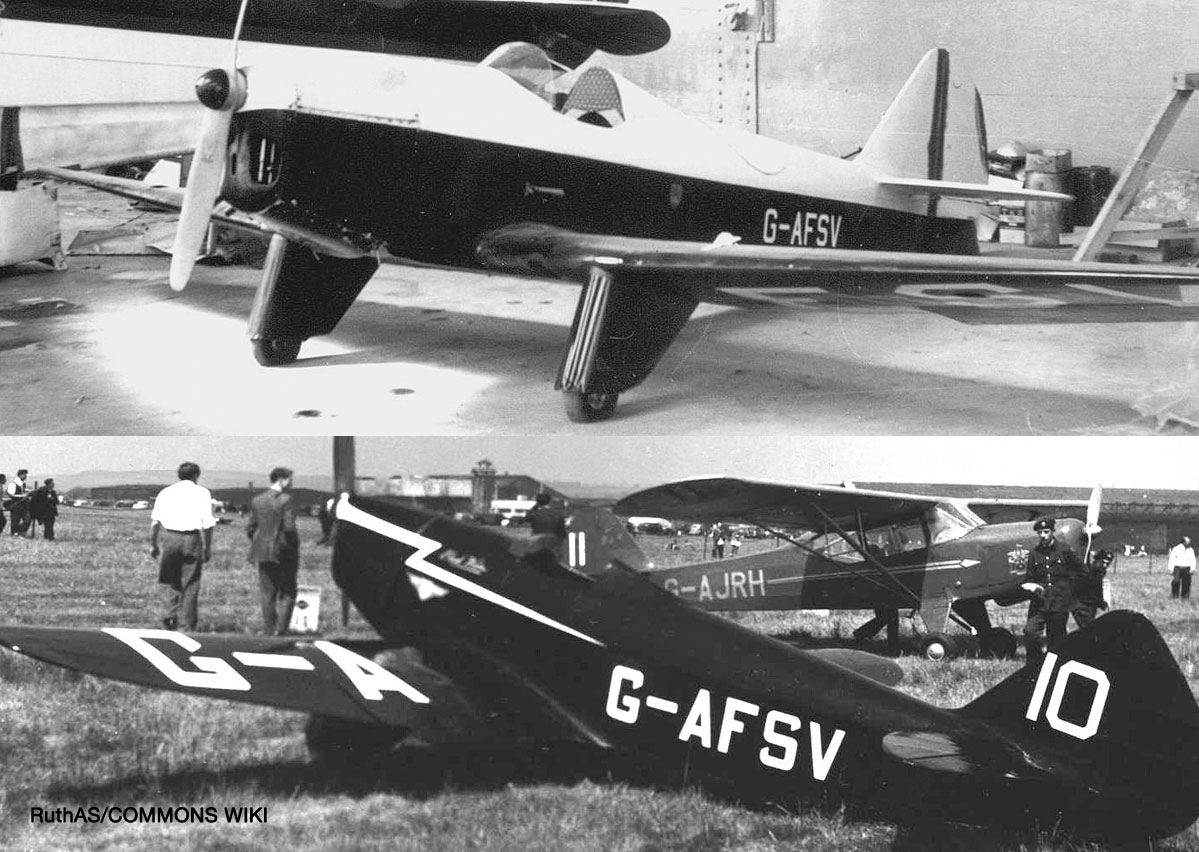 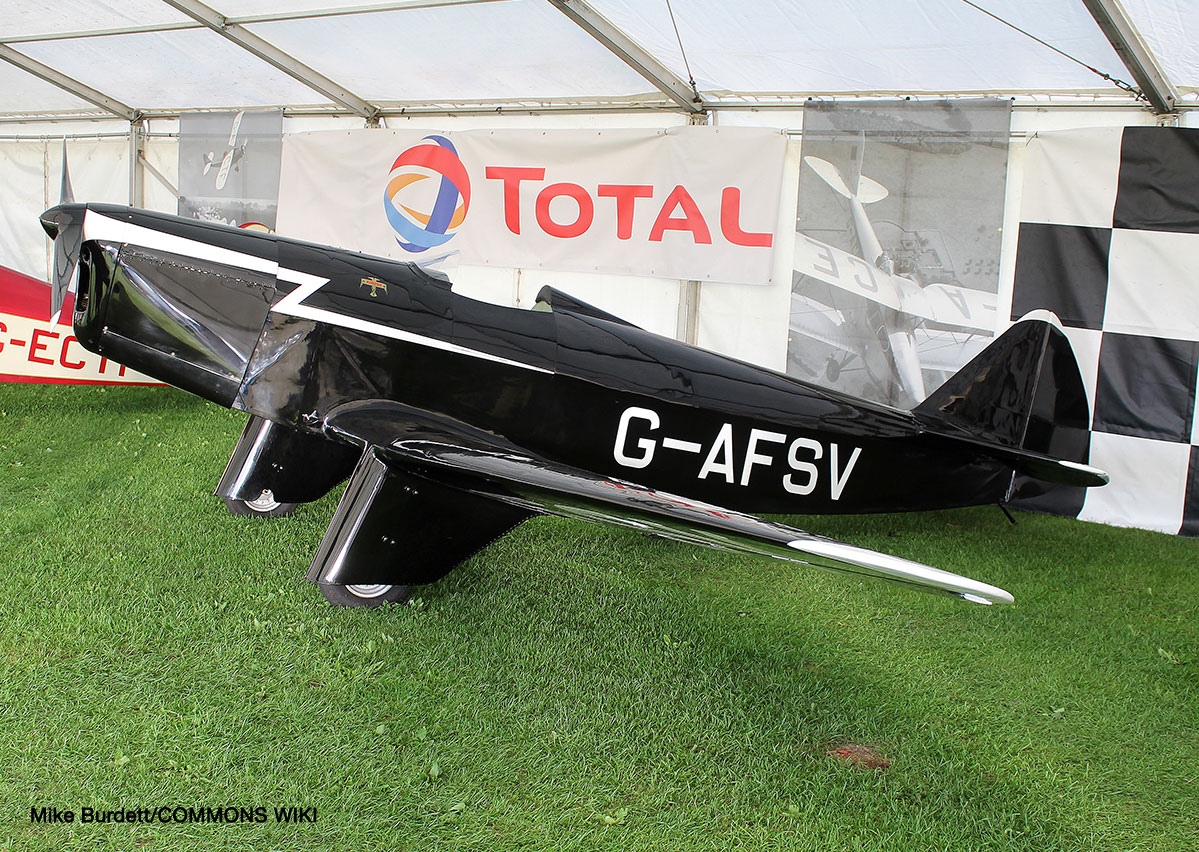 Whilst it wasn't possible to host the Summer BBQ event due to the ongoing covid restrictions the airfield was still a hive of activity as Tom Wray's photographs illustrate: 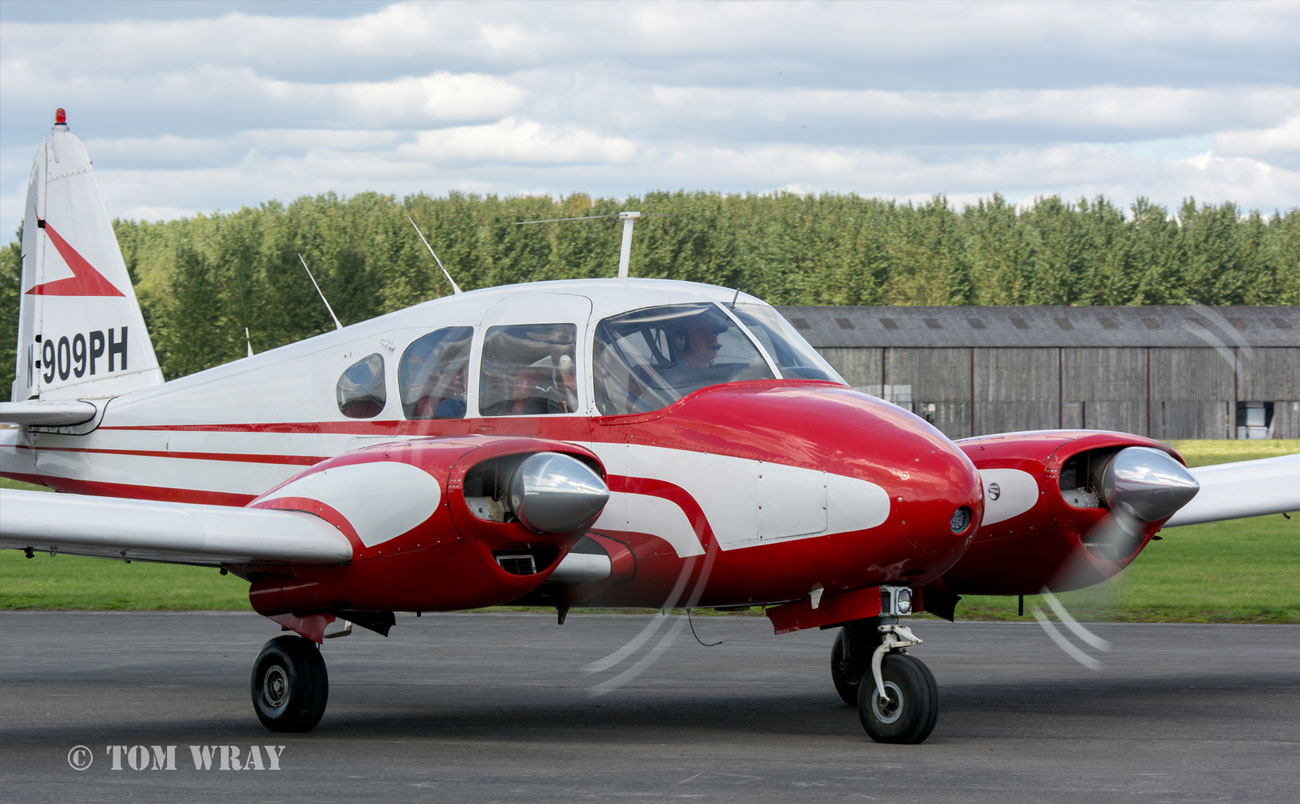 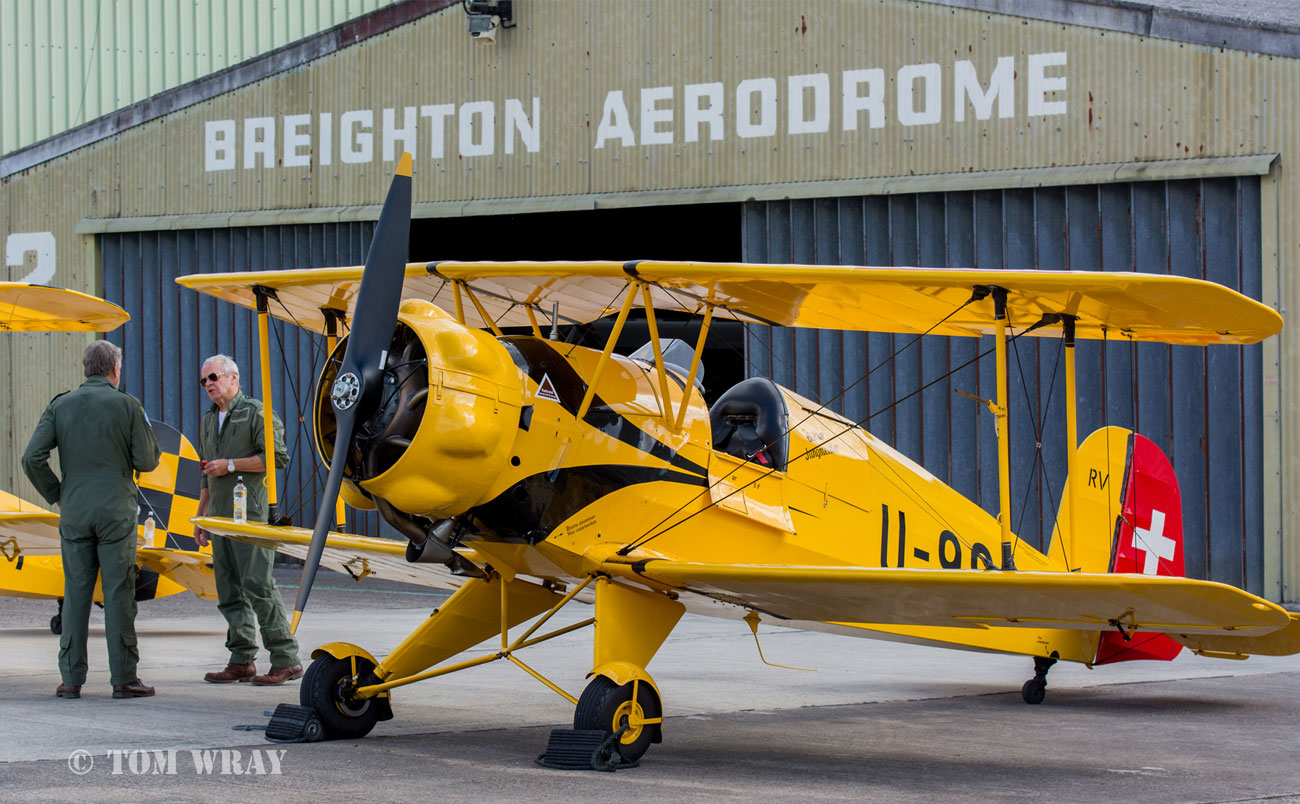 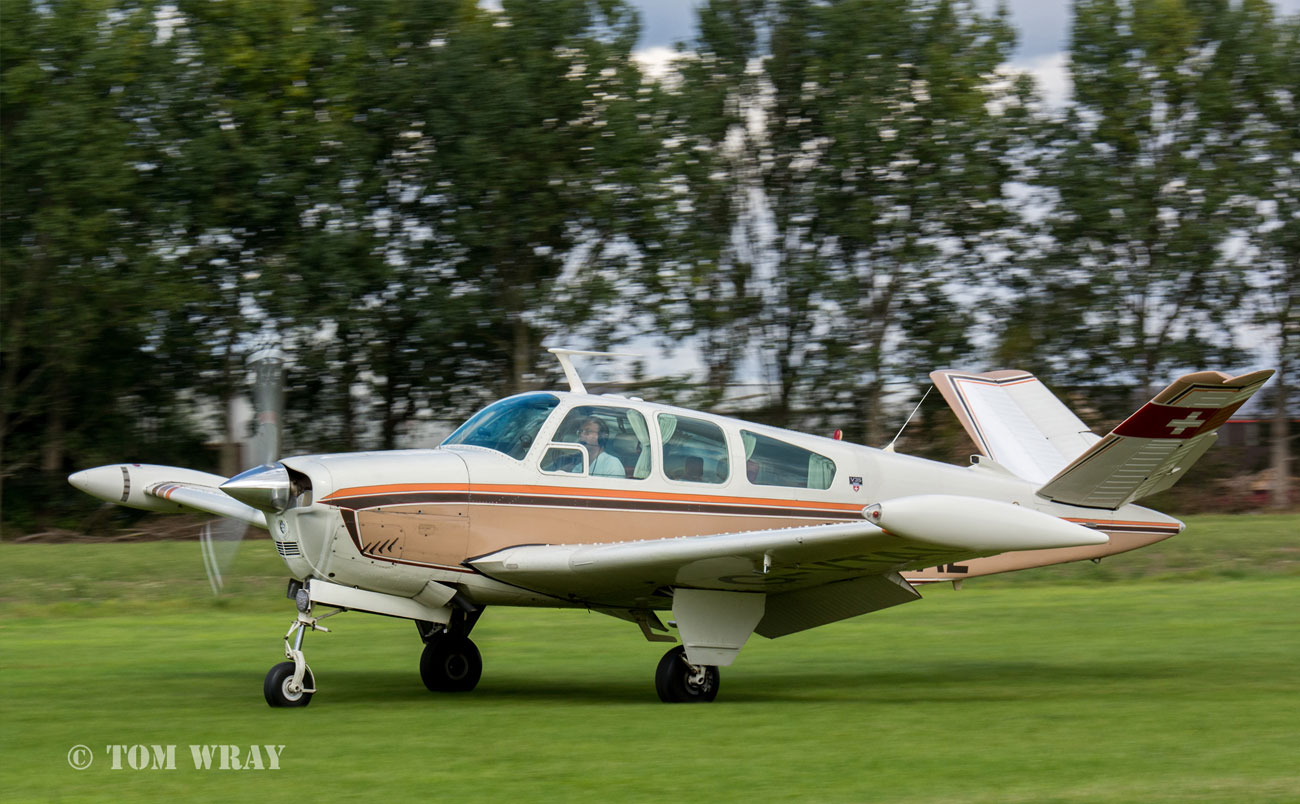 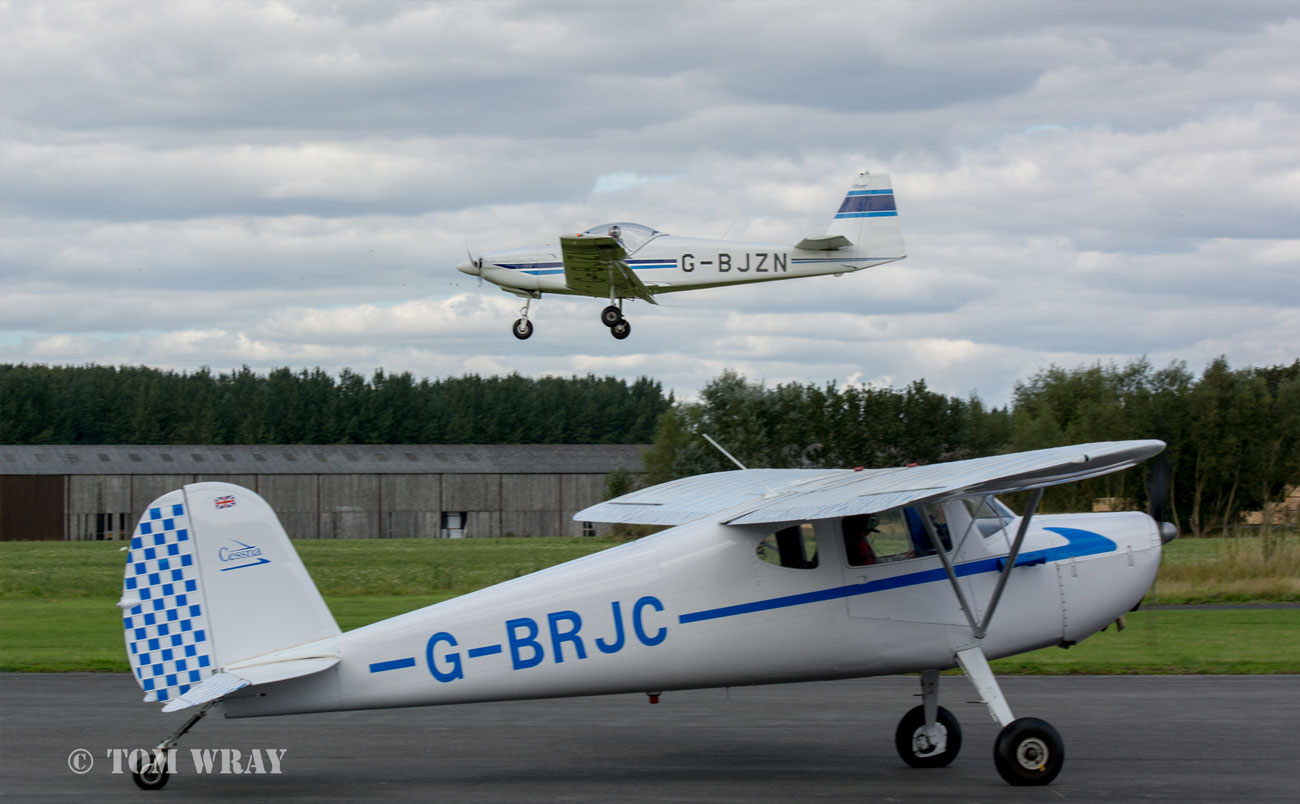 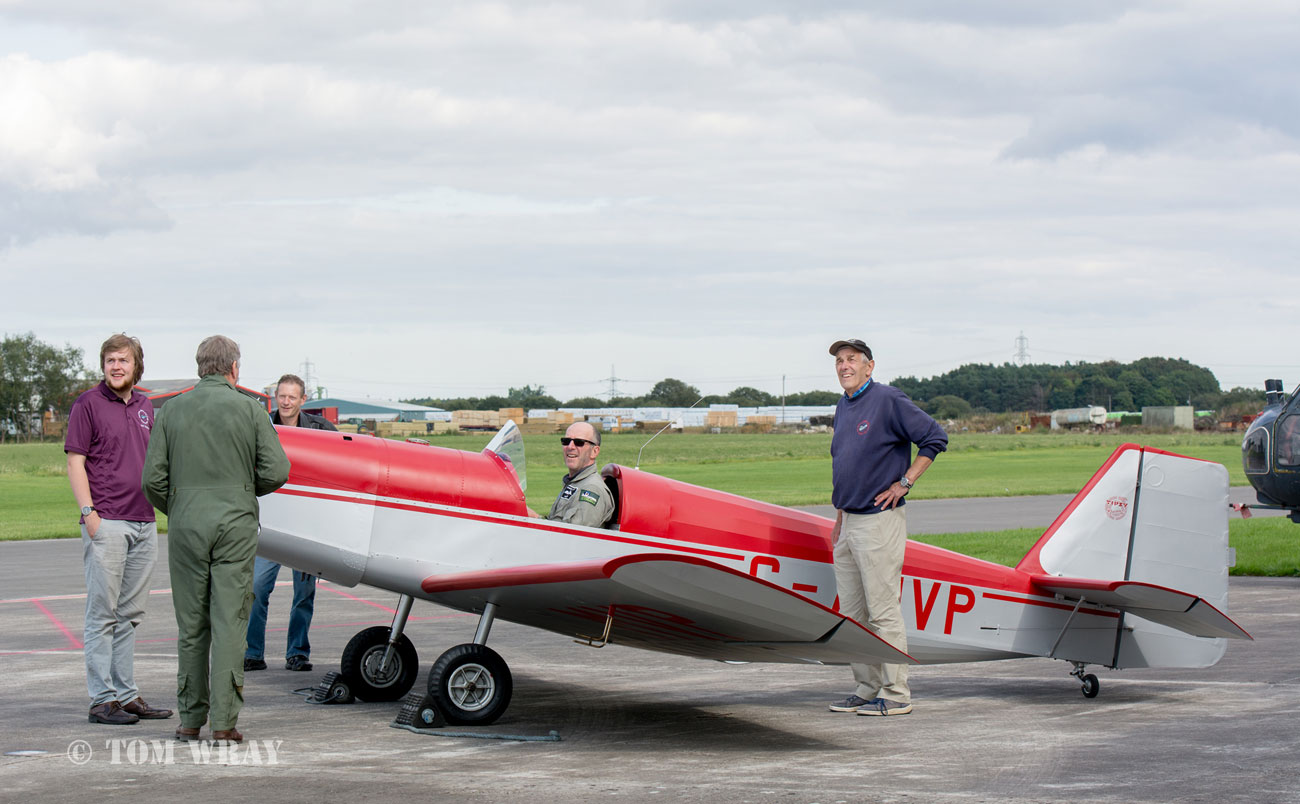 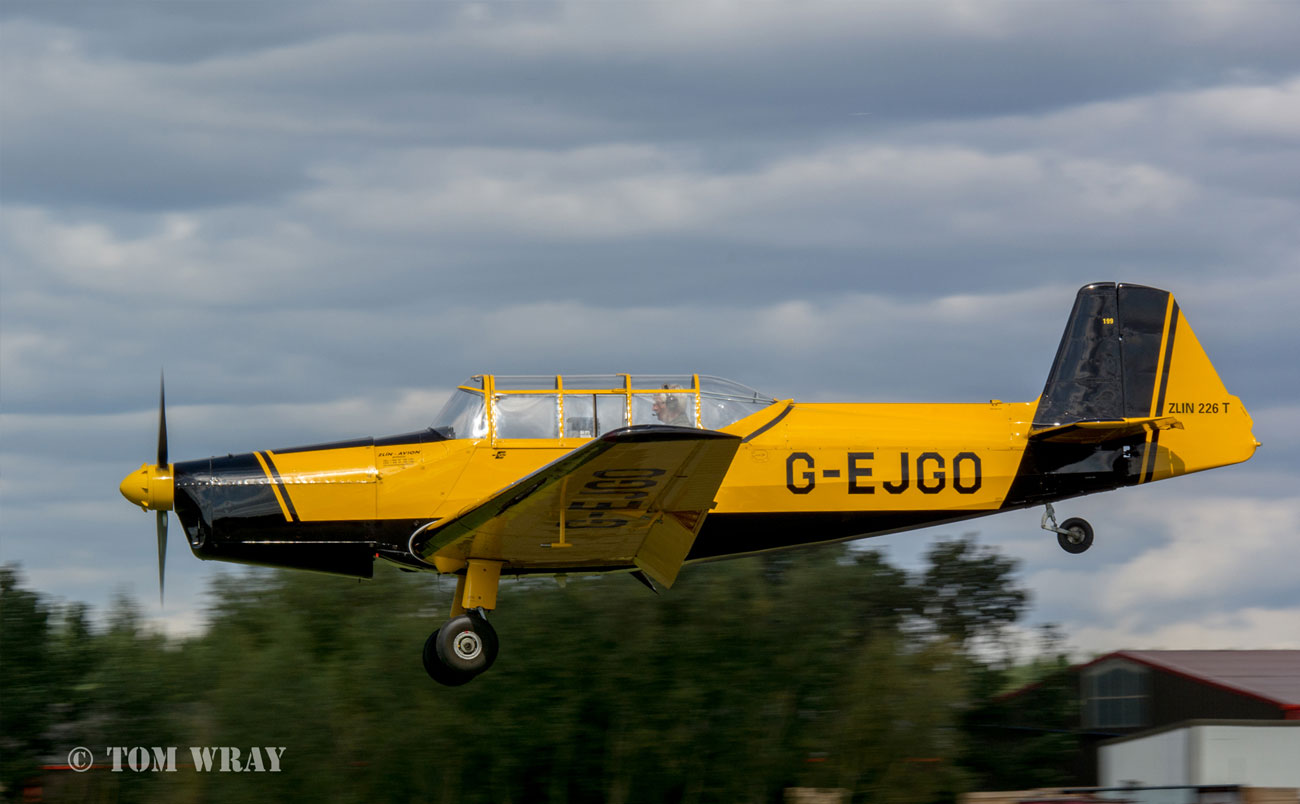 A brace of photos paying tribute to the legend that is Dave Marshall, sadly having recently passed away following a short illness. Dave supported the website for as long as I can remember and was always good company at the airfield, along with his co-conspirators in the self-titaled 'JATHC'. He often referred to Breighton as his second home and, even when mobility occasionally got the better of him, would observe the going's on via the airfield webcams. The 28 end will never be the same again - RIP Sir, and thank you. Dav 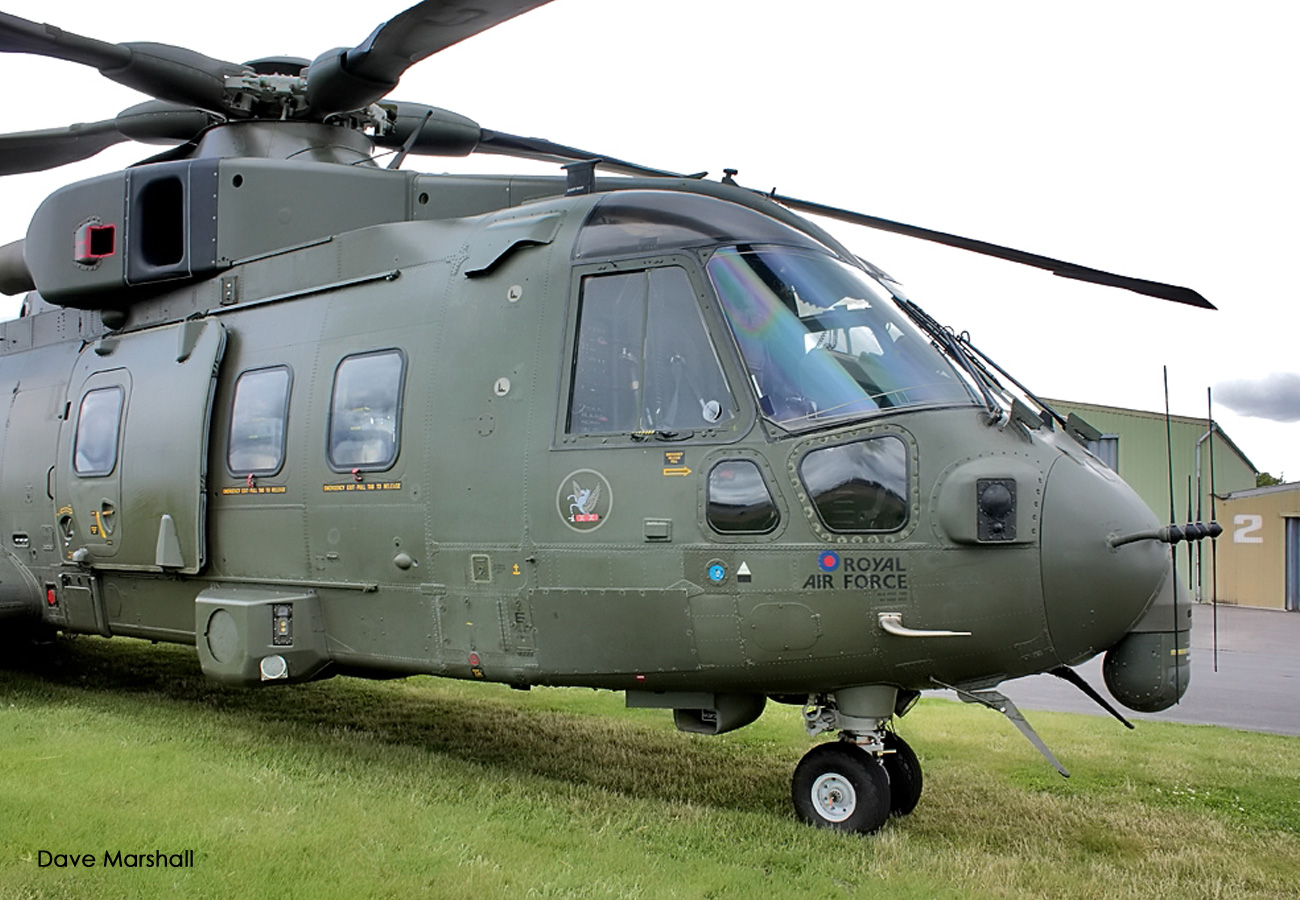 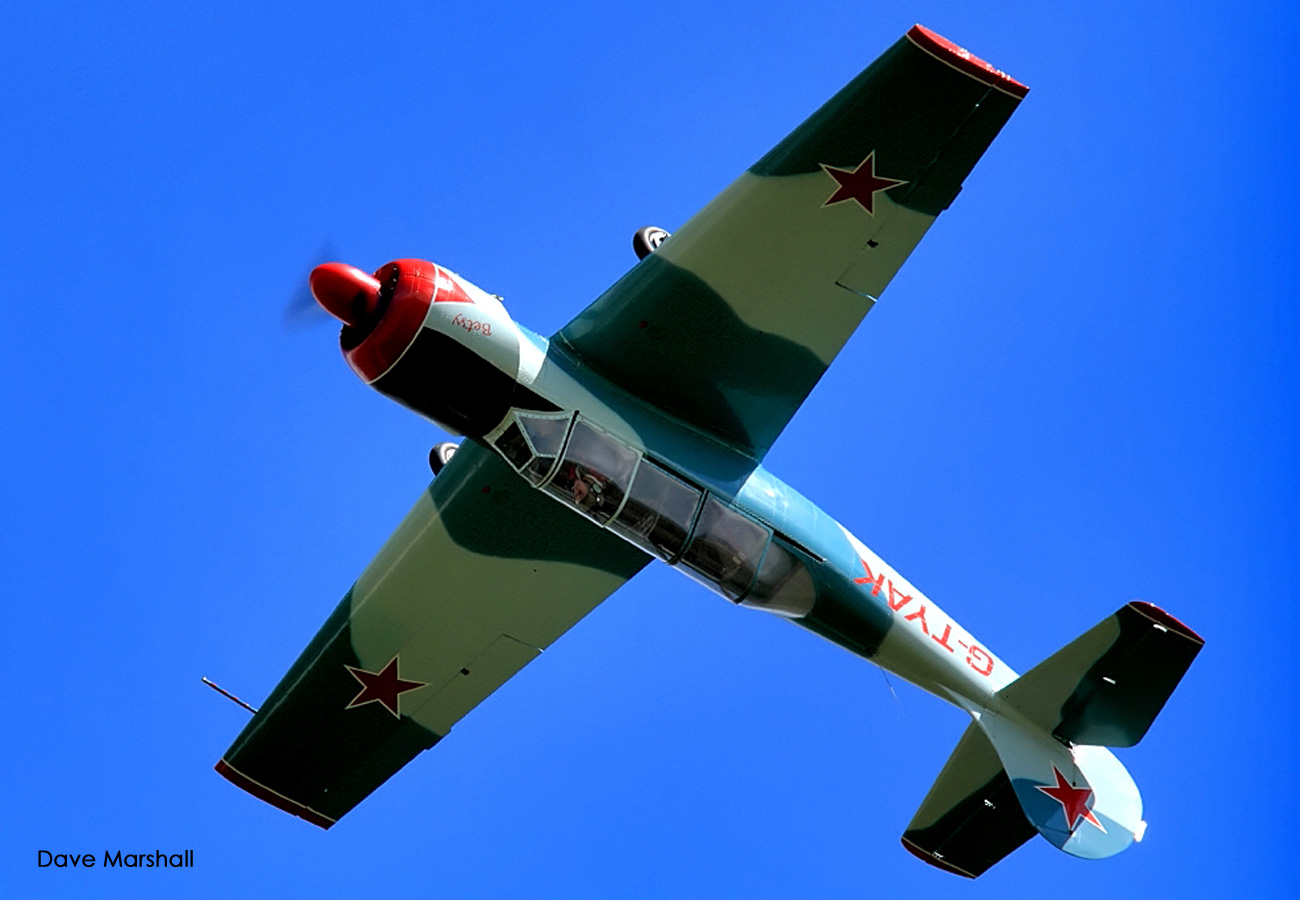 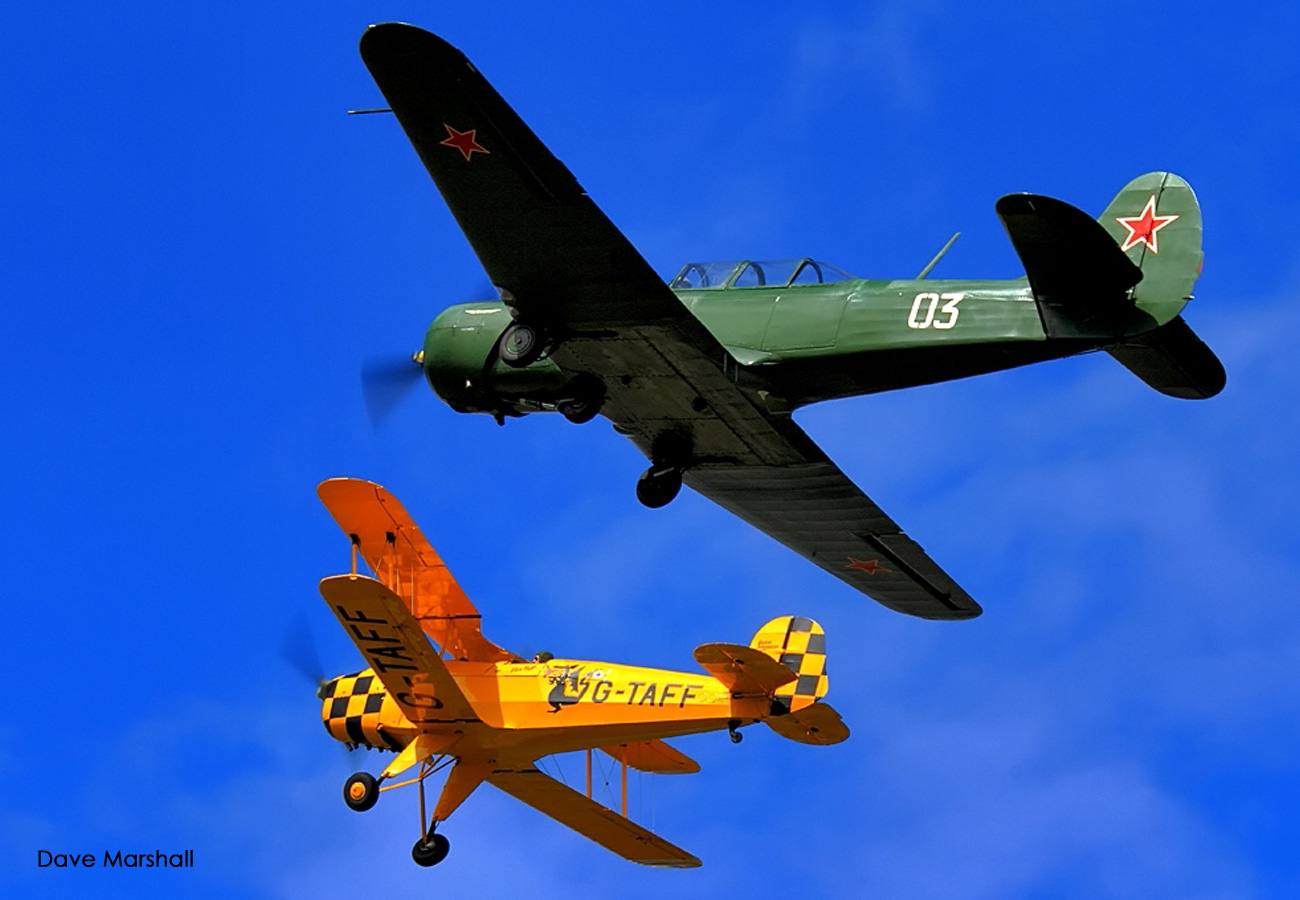 The waivered airspace on the North Side of the airfield which is used for aerobatic/display practice is only available with permission from Charles Sunter, Les Clark or Tony Smith and when one of the afore named is present. Pilots should remain clear of this area at all other times. Wing Walking Aircraft operators have their own display authorisation and are in order using this airspace in the meantime. Further details on this action will follow.